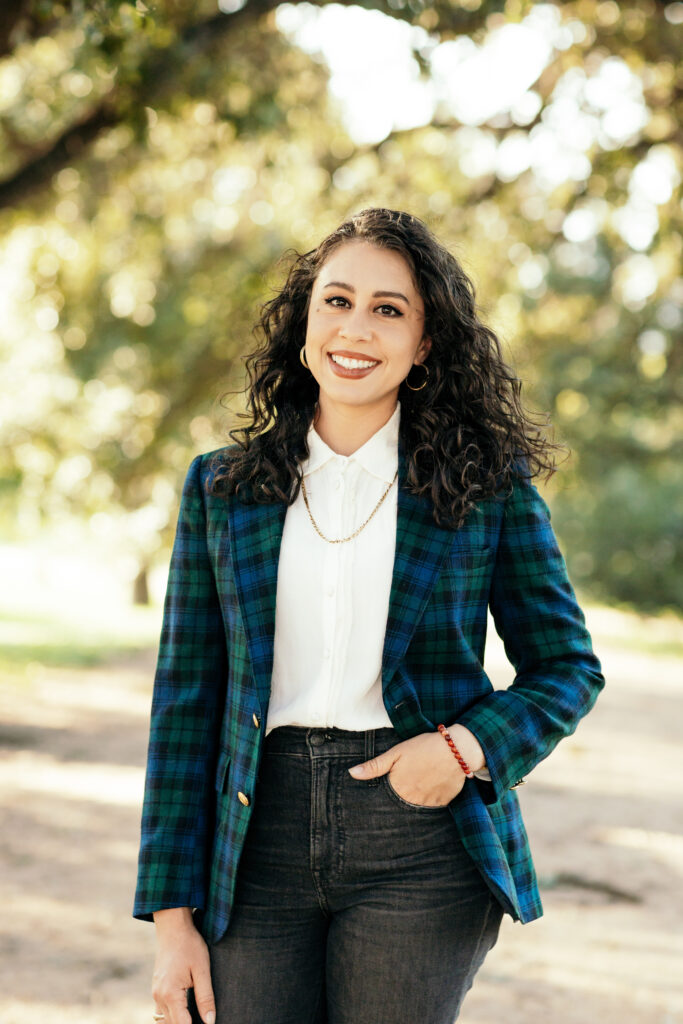 As an Austin City Council Member for District 3, Daniela will offer the intentional, diverse, courageous, and heart-centered perspective that is needed in our city council, and will serve the needs of all District 3 residents regardless of race, gender, age, financial stability, immigration status, or language preference.

Daniela is dedicated to serving the community, advocating for families, and working towards justice for BIPOC people, our unhoused residents, members of the LGBTQIA2S+ community, immigrants, small business owners, the incarcerated and formerly incarcerated, homeowners, renters, and you.

Daniela Silva was born in Houston, Texas on January 4th, 1992 to a strong Colombian woman who epitomized the American Dream, starting at the bottom and working her way solidly into the middle class with the help of government resources like WIC and CHIP. However, Daniela noticed that there seemed to be a dark underbelly to the American Dream when she witnessed the constant racism her mother faced throughout her youth while working hard to provide for the two of them.

Daniela’s mother worked as a legal assistant, and due to lack of access to childcare, Daniela spent much of her childhood accompanying her mother to work. Being in and out of jails, courthouses, and legal meetings, Daniela could sense early on that something was wrong with the justice system. In addition, the process of becoming a citizen had taken her mother 20 years, the majority of which were spent in fear that something could go wrong, and she would be deported. Throughout her adolescence and young adulthood, Daniela was exposed to various types of injustice, which ultimately helped her see the systemic nature of the problems.

Daniela went on to study at Texas A&M University, earning a Bachelor of Science in 2015. During college, Daniela applied and was hired as an intern legislative aide for a state senator. It was in this experience that she discovered the wide range of issues she could have a positive impact on through policy. Upon graduating, Daniela was hired as an intern at the National Farmers Union in Washington DC, which deepened her interest and furthered her experience in transformative legislative policy.

During her graduate studies in international development, Daniela spent two years in Togo, West Africa, serving as a Peace Corps volunteer. After graduating with a Masters from her alma mater, Texas A&M, she moved to Austin. Right away, Daniela began volunteering with Austin Justice Coalition, El Buen Samaritano, and Community First! Village. She joined groups for fellow yoga practitioners and those living sustainably, and continued her journey with spiritual inquiry at Life In the City and Mantra Austin. Daniela found work at the Texas Farmers’ Market, Farmshare Austin, at several yoga studios, and as a dog sitter, earning promotions and developing strong connections in the Austin community.

During Winter Storm Uri, Daniela sprang into action and volunteered over 150 hours with Community Resilience Trust, fundraising and organizing to help people find access to food, water, and shelter. She is currently a mentor in Big Brothers Big Sisters, a founder of the service-oriented organization Daughters of the Diaspora, and was recently appointed onto the Hispanic/Latino Quality of Life Resource Advisory Commission.

por la gente de D3
for the people of D3

Reach out to learn more or become a volunteer!

Facebook Instagram Twitter
Pol Adv paid for by Daniela Silva for District 3. Roy Woody, Treasurer. This campaign has agreed to comply with the contribution and expenditure limits of the Austin Fair Campaign Chapter.